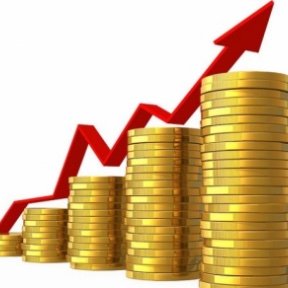 The post How Much Should I Have in My 401(k) appeared first on Dividend Power.

The question of how much should I have in my 401(k) plan is challenging to answer. There is no set answer because each person’s retirement lifestyle is different. Frugal people will need less money, but those seeking to maintain a particular lifestyle will need more. Gender differences are important too. Women have a longer average life expectancy than men by several years in America, requiring more retirement savings.

But it is more complicated because other factors like income, education level, access to plans, employer matches, children, etc., influence how much you should have in your 401(k). it sounds complicated, and there is no set answer. However, rules of thumb exist, and these can point workers in the right direction for a robust 401(k) account with sufficient money for retirement. Furthermore, the large asset managers publish data showing the mean and median 401(k) balances by age, gender, ethnicity, etc., serving as a guide.

First, let’s define a 401(k) plan. It is a defined contribution plan for retirement sponsored by employers. In these plans, you save money each payroll period up to the annual contribution limit. In 2022, the standard yearly contribution limit was $20,500, which went up to $22,500 in 2023.

Most employers match part of the contribution up to a certain amount. For example, they may match 100% of the first 4% contributed by the employee, followed by 50% of the next 4%. Hence, the company matches 6% of your total salary, assuming you contribute 8%.

The money is typically invested in mutual funds, with target date funds as a popular choice. The nice part is that a 401(k) plan is tax-advantaged. In a traditional plan, an employee’s contributions reduce their current income tax, but future withdrawals are taxed. In Roth 401(k) plan, contributions are made after taxes, but future withdrawals are tax-free.

For workers asking how much should I have in my 401(k), the number is probably far less than the sum of the contribution limits. This is because most contribute at a much lower level. However, compounding means over time, the value may be substantial.

In 2023, significant changes will occur for 401(k) plans as stipulated in the $1.7 trillion spending bill for 2023. This is because the United States Congress wants to allow Americans to save more for longer. Along these lines, the following changes are occurring:

Employers starting a new retirement plan after 2025 must automatically enroll employees at a rate of 3% to 10% of pay.

Increases tax write-offs and incentives for small businesses to offer a 401(k) plan.

The bottom line is these changes should make the amount workers have in their 401(k) plans higher for a given age.

That said, younger people tend to participate in retirement plans at a lower rate than older people. There are also differences based on income and education. According to Pew Trusts, only 31% of Millennials born between 1981 and 1997 participate in retirement plans. The rate rises to 49% for Generation X, born from 1965 through 1990, and is even higher at 56% for Baby Boomers born between 1946 and 1964.

One reason for this discrepancy is access rises with age. Next, participation rates increase with age because of eligibility, employer match, affordability, and whether they have children. A contributing factor is income and education level. Workers with more income tend to participate at greater rates. For example, the participation rate increases from 62% to 91% as income rises from under $25,000 to over $100,000. Also, according to the AARP, 68% of workers with a bachelor’s degree or higher have access to a plan, but the percentage declines substantially for those without a degree.

Generally, there is no prescribed amount for how much you should have in a 401(k) account. The honest answer is it depends on your circumstances. However, several rules of thumb exist based on age. For example, some experts say that by age 30, you should have saved equal to your salary in a 401(k) or similar retirement plan. If workers earn $50,000 annually, they should have $50,000 in their 401(k) plan.

Of course, these numbers are hypothetical and probably only realistic for some people. It also depends on your circumstances. For instance, women live longer than men and need to save more for retirement. According to the Centers for Disease Control and Prevention, in 2021, life expectancy for women was 79.1 years, and for men, it was 73.2 years. The nearly six-year difference means women should have more in their 401(k) plan when they stop working.

“It is difficult to nail down exactly how much someone should have in 401(k) savings without knowing anything about the individual’s unique goals and circumstances. For example, if someone has pension income or a low spending rate, they will require much less in their 401(k) than someone with a high spending rate and no pension income.”

A married couple with more significant household income will need to save an even greater multiple of their gross income, assuming they wish to maintain their lifestyle for a 30-year retirement. Moreover, higher incomes result in higher multiples.

How much do people really have in their 401(k) plan? The bottom line is much less than the dollar values given above. We examine two data sets, the one from Fidelity and one from Vanguard, two giants in retirement plans.

Based on data from Fidelity in Q3 2022, 401(k) and other retirement plans had a challenging year. The average 401(k) balances were down almost 23% from Q3 2021 and 6% in sequential quarters to $97,200. The table below illustrates the average and median 401(k) account balance. At age 65, assuming a $100,000 gross income, the difference between the rule of thumb dollar value and the dollar value in the table below is dramatic.

Granted, differences can be ascribed to salaries or other reasons. However, the main problem is that today you are responsible for your retirement income with a defined contribution plan. The dollar values at 65+ are simply not enough for retirement. Assuming a 4% withdrawal rate from the Trinity Rule and a $203,000 balance, the result is $8,120 in the first year of withdrawals. This amount will not go far towards meeting monthly expenses.

The data from Vanguard on retirement plan balances, not just 401(k), shows somewhat higher values. The table below presents the average and median retirement plan balances. But still, a $279,997 balance at age 65+ is not significantly better than indicated by Fidelity. The 4% Rule gives $11,200 in the first year of withdrawals—a better value but still not enough to meet the cost of living.

What Can You Do?

What can you do to increase your 401(k) balance? The most obvious answer is to save more and start earlier. If you increase the contribution rate, then you should be able to achieve a higher balance at a given age. For instance, if you start at a 6% contribution rate at age 25 and increase it by about 0.25% per year to 10% annually, the result is higher than the values given at age 50 or even 65.

This strategy is recommended by many financial planners, like Doug Amis, CFP®, of PlanWithCardinal, who says,

“Starting early provides the longest period of time and that is key to the power compounding interest. Even starting with a small amount, like the first 3% or 4% that might be matched by an employer, can lead to significant sums down the road.”

Additionally, assuming your $50,000 salary increases about 3% per year, and the company matches at 3%, you should save roughly $217,145 in 25 years. Of course, this amount does not account for any market gains. But still, even accounting for an 8% annualized total return, your 401(k) plan would have only about $560,899 in it after 25 years. This value is better than the numbers in the tables above at age 50, but probably not enough.

But add five more years to your retirement age; you save $289,400 and have $934,832 at age 55. To avoid penalties for early withdrawals from your 401(k) plan, most people wait until about the age of 60, giving another five years, feasibly making a six-figure goal possible. Our modeling provides $1,479,237, assuming average market returns remain at 8%.

There are a few lessons here. First, most retirees need Social Security in retirement. Next, the answer to the question of how much should I have in my 401(k) plan is more than you have now. Lastly, a retiree should plan to generate multiple passive income streams at retirement. You may need to invest in stocks, real estate, or another asset to generate income outside a retirement plan or Social Security. Workers are ultimately responsible for their retirement income. Our personal preference is dividend growth investing. It is a simple and proven way to generate passive income.

The post How Much Should I Have in My 401(k) appeared first on Dividend Power.

No comments to show.